The flagship of Huawei for 2020, the Huawei P40, will be presented in society next March in Paris. Until a few weeks ago it had been kept secret, but in recent days important information is being revealed. Today we can take a comprehensive look at the Huawei P40, with its Leica cameras and their colors.

The photo has leaked 91mobiles, which says it comes from ” a trusted industry source. ” This website has leaked information on other occasions that has become a reality, so everything indicates that this image seems quite real.

The leaks ensure that this year the range will be composed of three mobiles (at launch, the Lite versions will arrive later): Huawei P40, P40 Pro and P40 Pro Premium. This is a close-up of the lenses, which we saw a couple of days ago: 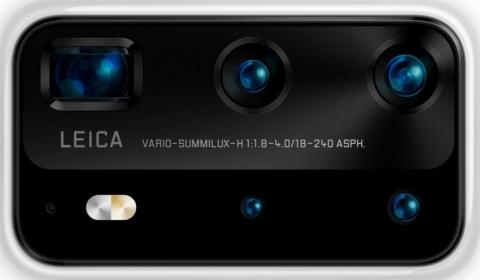 Huawei P40 will have three Leica rear cameras on the back  (four cameras Pro version and five in the Premium), with a double hole for the front cameras. From what we can see in the opening photo, it could be sold in five colors called Black, Rose Gold, Silver, Deep Blue, and White with a gradient finish.

On the back of the Huawei P40, we will find a triple rear camera system with Leica sensors and an LED flash. It is said that the main sensor will be accompanied by an ultra-wide-angle lens and a ToF sensor. The Pro version will have a screen with curved edges with a double front camera, and at the rear, it will have four cameras,  including a 10X telescopic lens. The Pro Premium version will reach all 5 cameras.

The operating system will be EMUI 10 based on Android 10, and in principle, it will not have Google services and updates as a result of the US ban. , as confirmed a few weeks ago by Richar Yu, CEO of Huawei.

Although China and the United States have signed a truce, at the moment it seems that the only option is for the Chinese brand to provide its own Huawei Mobile Services, which are apps similar to those of Google but created by the company.